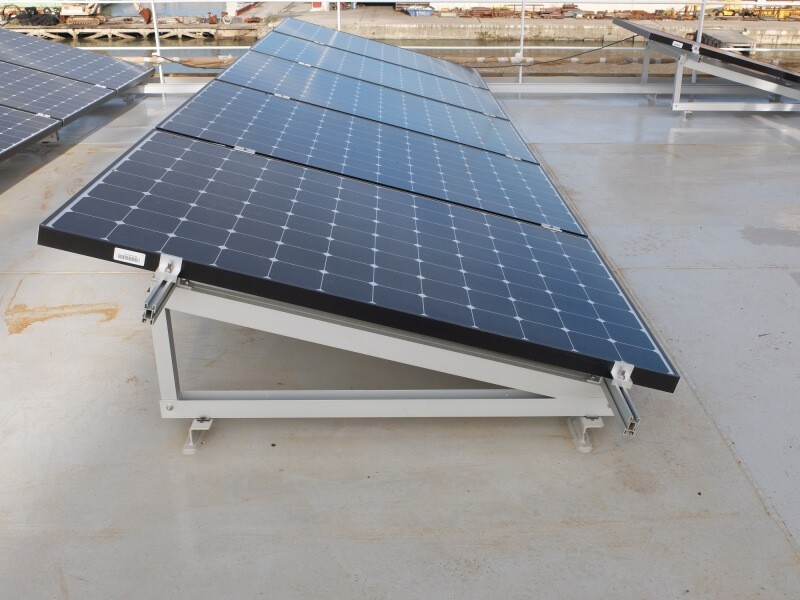 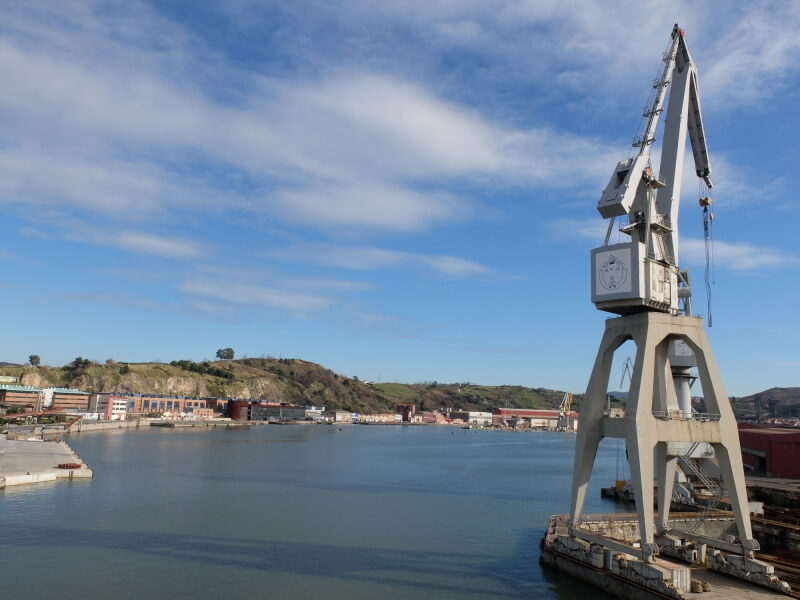 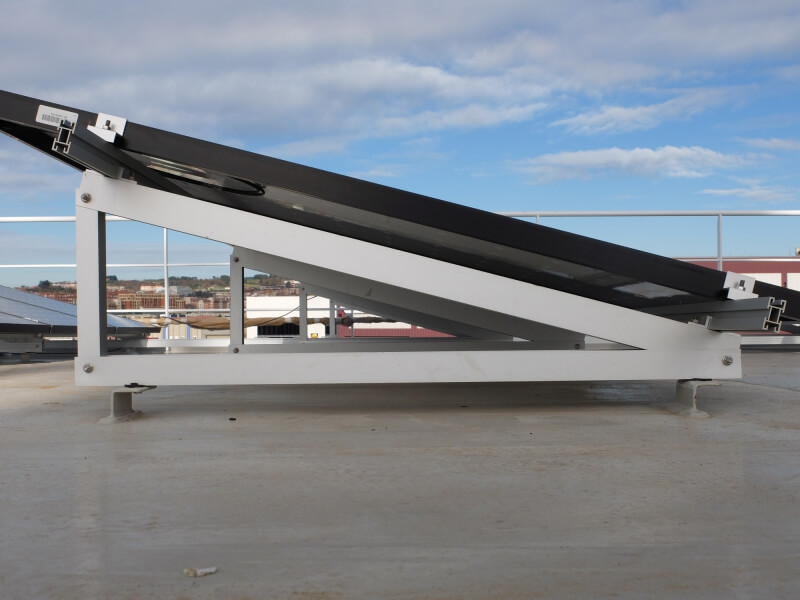 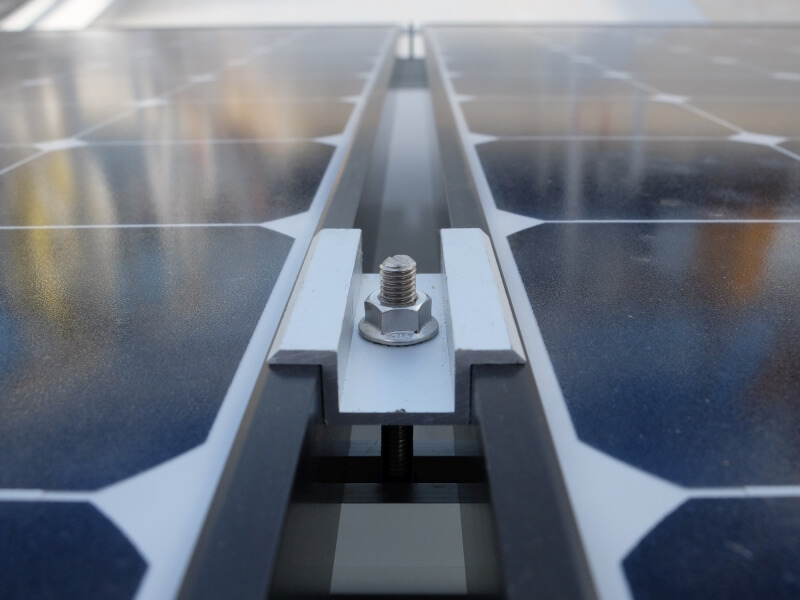 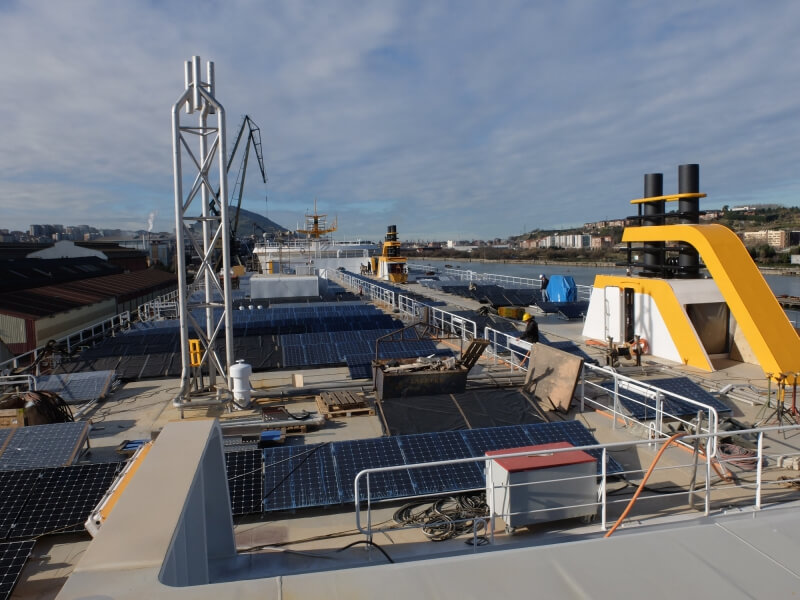 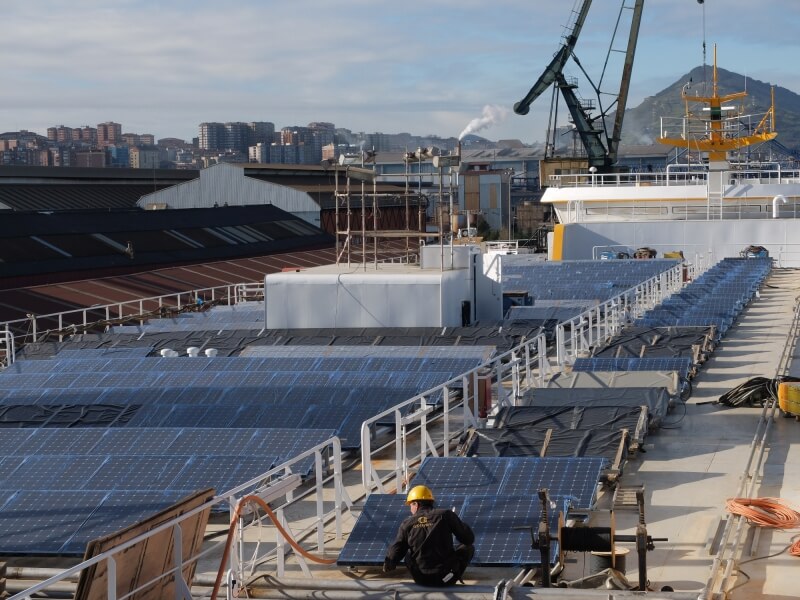 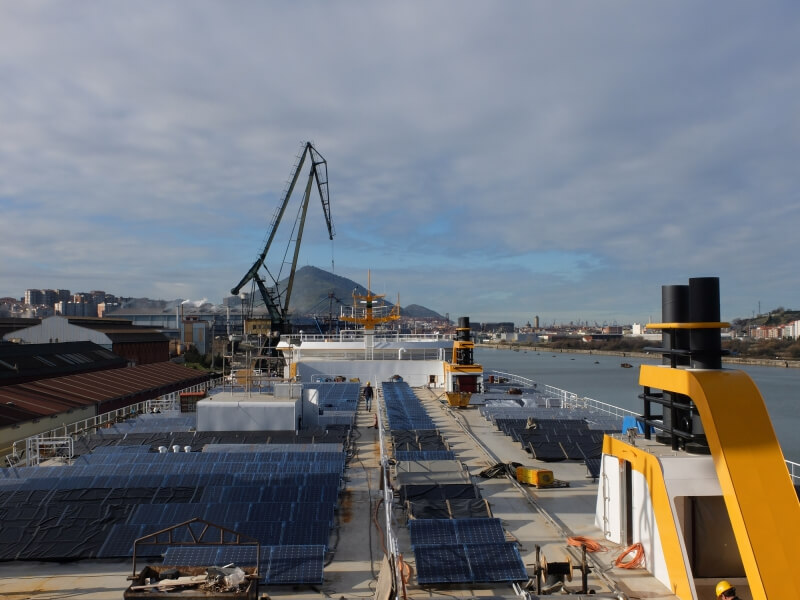 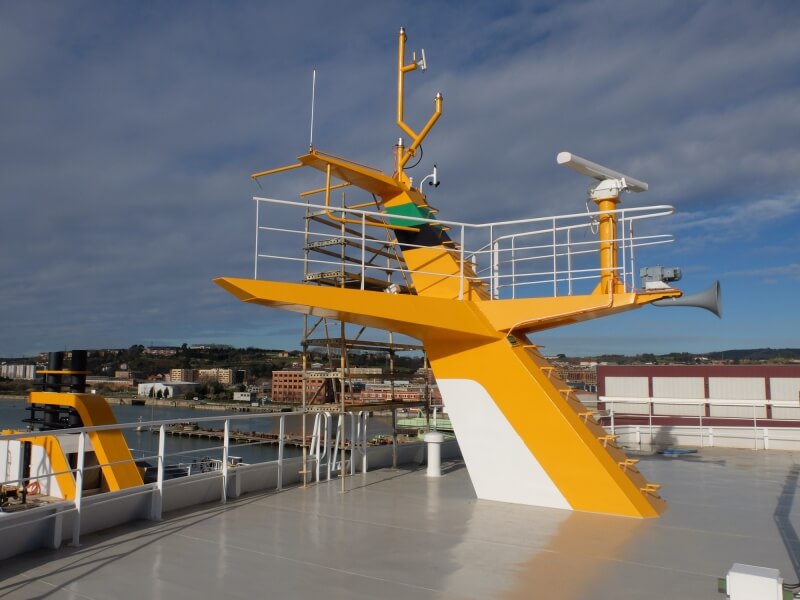 Alusin Solar, in collaboration with Bilbao company Bikote Solar, have realized the planning, design, and installation of more than 700 m2, equivalent to 450 modules, over the deck of the first ferry entirely manufactured at the La Naval shipyards, located in Sestao, cradle of shipbuilding industry at Bilbao´s sea loch.

The TEXELSTROOM, first ferry for the continuous transit in counting on solar panels on its deck that will feed part of its batteries, it´s almost ready to start its trip towards Dutch north sea where it will realize its route for vehicles and passengers between Den Helder´s port and Texel island.

The vessel is the first one entirely manufactured at the La Naval shipyards, in Sestao, at Bilbao´s sea loch, fundamental location for naval industry at the Basque Country. The project started in 2014, when the Dutch shipowners TESO (Texels Eigen Stoomboot Onderneming) ordered the manufacture of this nautical giant.

The number of passengers that the embarkation will be able to carry is 1750, in addition to 350 vehicles in its  warehouse, divided in two floors. Another of the features of this ferry its the symmetry. Engine room and command booth have been duplicated to avoid the ship turning around and make a completely linear route in its 4 km and 15 minutes duration.

The TEXELSTROOM is equipped with the biggest technical innovations, one of the key points of this project, apart from counting on sustainable consumption systems for the environment, very important for the route´s location, Dutch northern sea National Park. It will be an hybrid ship, powered by both natural gas and solar energy, that has Ion Lithium batteries of 1,6 MWh that will give enough power on its port shunts, avoiding this way toxic gas accumulations. The solar panels will supply around the 150 KWh, but the managers estimate that will be able to charge between the 40% and 50% of their total capacities.

Alusin Solar, in collaboration with Bikote Solar, have designed and installed all of this solar matrix, that will provide completely clean energy, helping this way the aim of the project, to create a transport which is respectful with the environment.

The complexity of the solar project is been high due to the climate that the installation will be exposed to. The fact of installing a system like this over a ferry´s deck means that the structures will need to afford a constant corrosion caused by sea spray. For this, special anodized is been applied, able to afford extreme climates, these anodized were used previously by Alusin Solar in some other projects located in South America, in countries such as Jamaica, Dominican Republic or Puerto Rico.

The second factor to have in mind for the durability of the solar system is the wind, to prevent this, the company opted for the installation of angle structures, inclined 15º to the deck, using reinforced structures able to afford hurricane winds, previously used in the Caribbean countries too.

The matrix´s installation is been finished by January this year, and all needed is the shipbuilders from La Naval to finalize the last details for us to see this nautical giant sail Bilbao´s sea loch towards the northern sea. 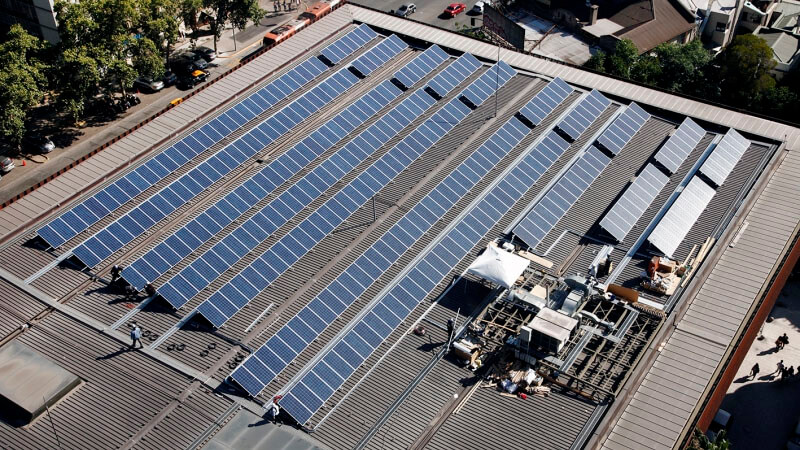 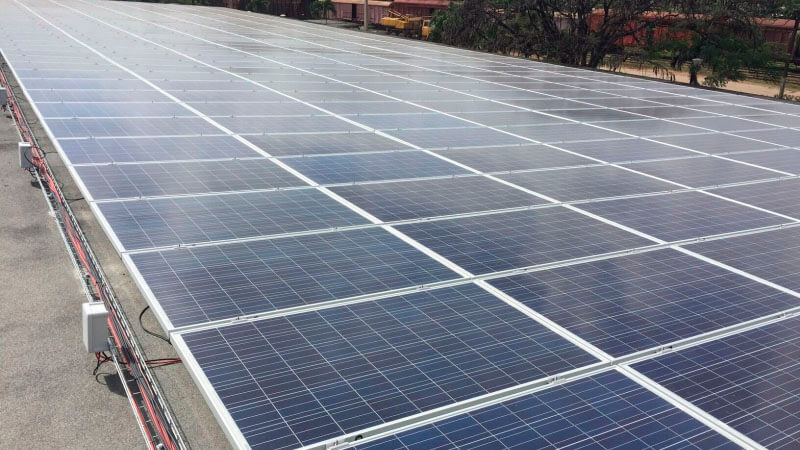 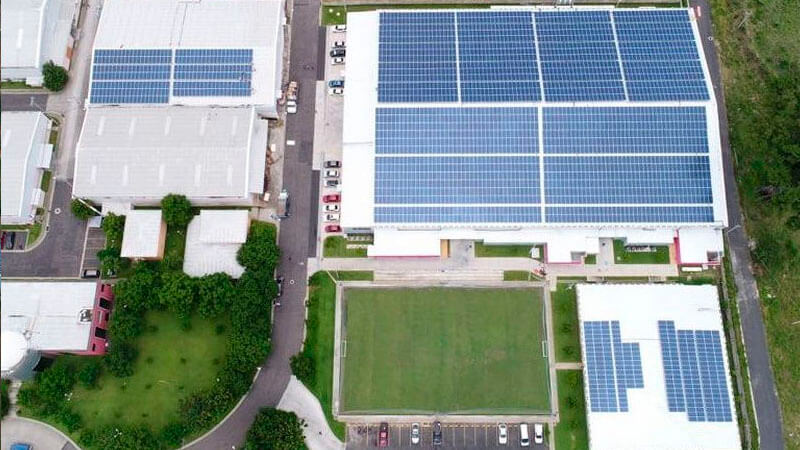 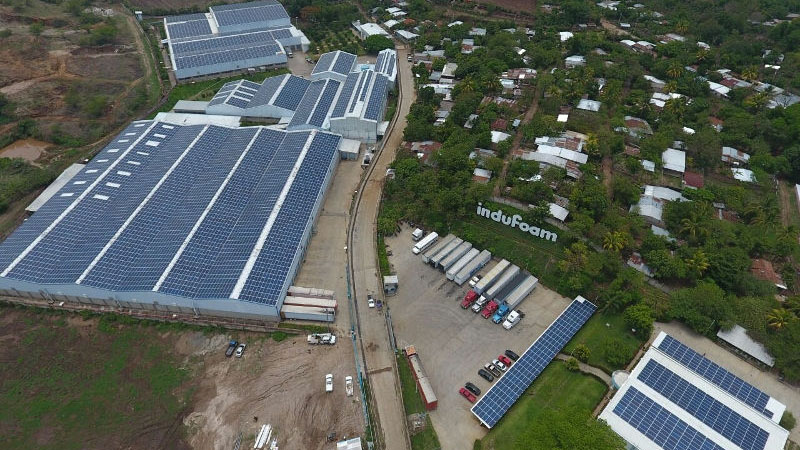